Considering I’ve been in Korea for close to eleven months, it was a bit of a travesty that I hadn’t been to Namsan Tower, so on Saturday Danny and I had a day of bucket-list adventuring.

First stop was Gwangjang Market for a bindaetteok pancake, which was as tasty as I’d hoped. The market itself, which was far bigger and more convoluted than I’d imagined, was incredibly crowded, so we got our jeon to go and ended up sitting by the nearby stream to eat it. For 4, 000 won it was the cheapest lunch for two I’ve ever known.

After that we hit Myeongdong, stopping for an obligatory Starbucks, then found the cable car for Namsan Tower. Unfortunately it was a smoggy day, but it was nice all the same. We’d grabbed a couple of Nutella packs (5,000 well spent!!), and subsequently perched ourselves on a bench  and scoffed them. To be honest, there isn’t much to tell aside from that: the view was nice enough, there was some kind of Japenese inspired performance art happening, and there were an awul lot of people there. So, onwards.

We hit Itaewon for dinner and decided upon Linus’ Barbecue. It was so good! Very southern. We were going to do a bit of a bar crawl after but decided to call it quits, instead apartment-drinking and watching a terrible movie. Mission accomplished! 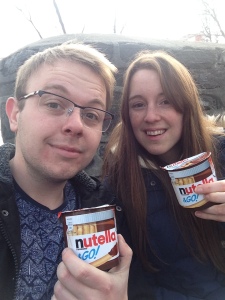 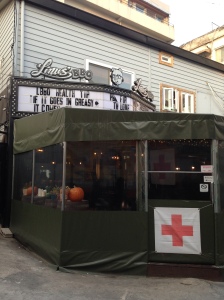 With it being my day off, Danny and I pre-planned to go into Itaewon, grab a burrito, and explore the area, all of which we succeeded in doing. Because I’d heard Coreanos did good burritos, we headed straight there, and I wasn’t disappointed. I had the kimchi pork burrito and Danny had the standard but double-stuffed – todos burrito – with carne asada. He also got a beer, which a hornet the size of my palm saw fit to land in. After that we went to What the Book but left empty-handed because I’m picky and awkward and disenchanted. Then we picked up a couple of things from the international market. Soon after we headed to the war memorial and museum nearby, which I enjoyed more than I thought I would; it was very interesting, surprisingly so, and I consider myself a hell of a lot more educated than I once was about the north and south divide. Then Gong Cha, Subway, and home. Oh, and we stopped for a coffee somewhere in the middle, of course. 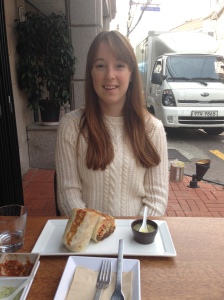 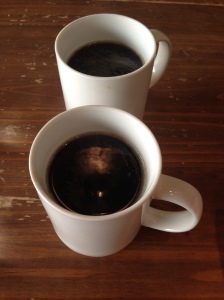 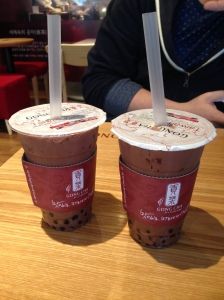